Cretan knife: A weapon of honor and gallantry

Explorent Car Hire. The secure choice for car hire in Crete. > Welcome to our blog > History > Cretan knife: A weapon of honor and gallantry

The Crete dagger or Cretan daggers are traditional knives made in Crete. These blades are unique to this island and are an intrinsic part of the culture. The daggers have several uses for the wearer. They have served for personal self-defense, been used in war and even in sorcerer’s spells and wedding ceremonies.

Modern blades are more practical. The handle of the dagger is called the “manika.” Daggers are made with three common types of manikas, the bird’s beak, the V-shape, and the classic style of ancient cretan daggers. Manikas are only made from animal horn, white bone or ivory. Cretan daggers are sheathed in highly decorated metal sheath of silver or gold.

The earliest examples of Cretan-like daggers were made in 1500 BC in Mycenaean Greece. Later, some of the best examples of cretan daggers appeared during the peak of the Minoan civilization. The highest quality daggers made for nobility were manufactured on Crete. The daggers became a major part of cretan culture and have been continually manufactured ever since.

In the 18th century the typical dagger style solidified into its elongated, dart-like shape. By the mid-19th century over-sized, almost purely decorative daggers grew in popularity. These daggers doubled as sabers. Modern daggers are much smaller, twelve and a half to fifteen inches in length, at about half the length of the 19th sabers.

Cretan daggers have many uses throughout Crete’s history. Writings from the 14th century indicate that the daggers were used for military purposes in the revolution of the Psaromilingos. Even later, these daggers were worn and used by soldiers in battles right up to World War II.

The dagger was also used to indicate a woman had a betrothed or husband. Traditionally, a man presented his fiance with a small silver dagger, which she wore tucked into her sash at balls and celebrations. It could also be worn daily in case she needed it for self-defense. A small black hilted dagger is also used in the wedding ceremony during rituals intended to keep bad spirits away.

Small black-handled cretan daggers were used by sorceror’s on the island in their magic rituals and spells. Commonly, the sorcerers drew a circle around themselves with the daggers for protection when dealing with demons and other spirits.

Cretan daggers are hand made by silver and metal smiths. The blades are hammered and formed from several layers of thin silver sheet metal. This metal is layered and rolled up using wires to secure it into place.

Silversmiths hammer at the metal with wooden mallets and hammers to pound it together. Wire metal fittings are placed over the blade to form it into the appropriate shape as it’s being hit. The wires are removed. The smith finishes pounding it into the traditional shape. The blade is sharpened and then polished to a high sheen. 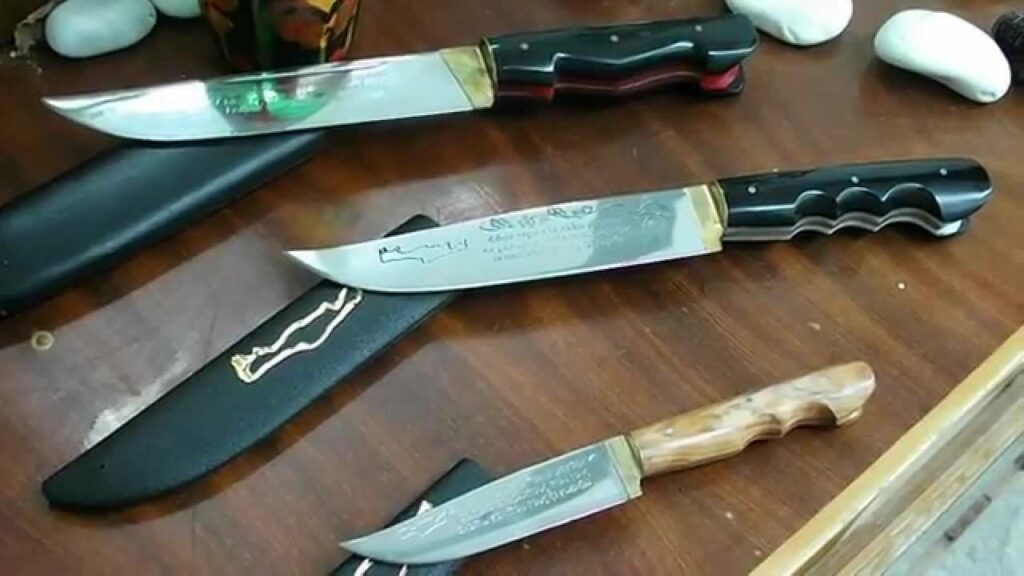 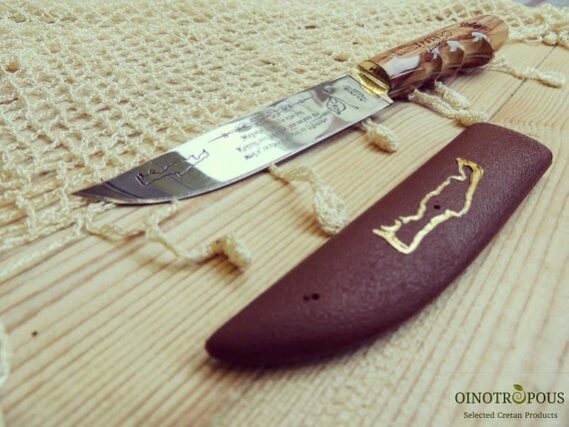 We use tools, such as cookies, to enable essential services and functionality on our site and to collect data on how visitors interact with our site, products and services. By clicking Accept, you agree to our use of these tools for advertising, analytics and support.
Cookie SettingsAccept All
Manage consent

This website uses cookies to improve your experience while you navigate through the website. Out of these, the cookies that are categorized as necessary are stored on your browser as they are essential for the working of basic functionalities of the website. We also use third-party cookies that help us analyze and understand how you use this website. These cookies will be stored in your browser only with your consent. You also have the option to opt-out of these cookies. But opting out of some of these cookies may affect your browsing experience.
Necessary Always Enabled

Performance cookies are used to understand and analyze the key performance indexes of the website which helps in delivering a better user experience for the visitors.

Analytical cookies are used to understand how visitors interact with the website. These cookies help provide information on metrics the number of visitors, bounce rate, traffic source, etc.

Advertisement cookies are used to provide visitors with relevant ads and marketing campaigns. These cookies track visitors across websites and collect information to provide customized ads.

Other uncategorized cookies are those that are being analyzed and have not been classified into a category as yet.

SAVE & ACCEPT
There is no selected car class in current office. Please choose another Class!
Select Vehicle