Explorent Car Hire. The secure choice for car hire in Crete. > Welcome to our blog > History > The first Cretans 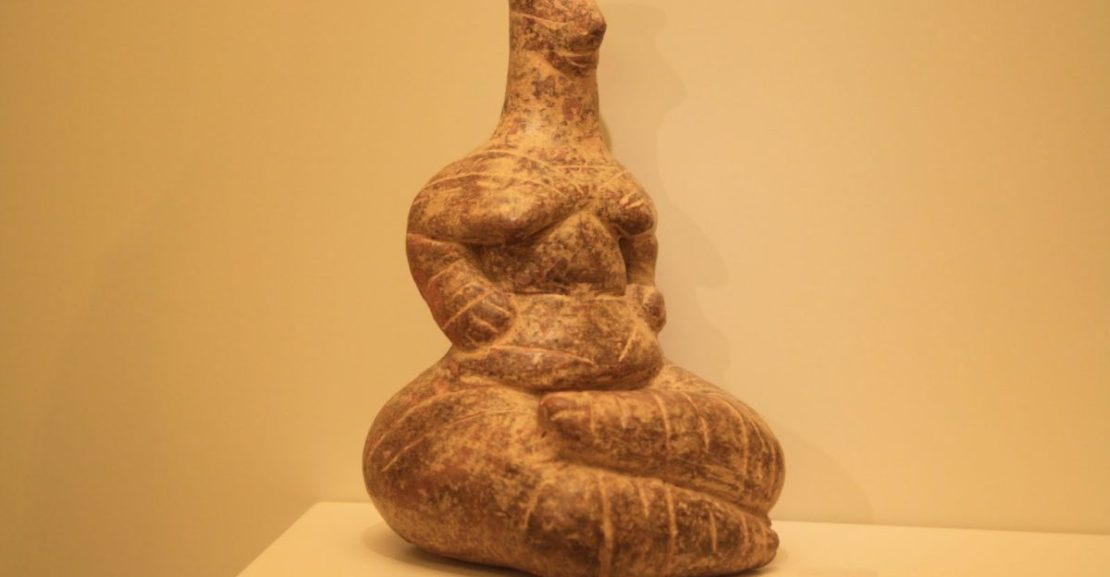 May 21, 2018
Posted by: George Nikolakakis
No Comments
Neolithic humans first settled Crete around 8.000 years ago. With them they brought their insatiable domesticated animals: pigs, goats, sheep, possibly dogs and cats and, of course, mice. Yet they also brought the first crops, mainly cereals.
Caves were perhaps the first dwellings. The oldest true settlement on Crete has been discovered at Knossos, at the same site where ‘Minoan’ civilization flourished a millennia later. The settlement is Neolithic,and has been dated to roughly coincide with the first  confirmed arrivals on the island. Traces of earlier human presence are rare. Why so? What can this paucity if finds mean? In essence, everything and nothing. There may be other traces, but they have yet to be discovered. Pre-Neolithic humans may simply have gone to the island on hunting expedition, without settling permanently. Then again, they may have been in the habit of camping close by the shores, so that any traces of their presence were obliterated by the rise in sea level after the last ice age.
Is there any likelihood that Pre-Neolithic man never set foot on the island? That would be paradoxical if nothing else. Seafaring with primitive means was widespread in all the islands of the Aegean and the Mediterranean a few millennia before the first Neolithic settlement at Knossos. There would have been no reason for Pre-Neolithic hunters not to risk a least short-lived incursions into Crete.
Question remains nonetheless, and pre-Neolithic Crete lies veiled in mystery to this day. What we can be sure of is that the process that begun with the arrival of the first Neolithic farmers gradually transformed the Cretan landscape.
Category: History,
Tags: Car hire, car rental, Crete, Explore, explorent, first Cretans, Neolithic, Rent a car
Share this

We use tools, such as cookies, to enable essential services and functionality on our site and to collect data on how visitors interact with our site, products and services. By clicking Accept, you agree to our use of these tools for advertising, analytics and support.
Cookie SettingsAccept All
Manage consent

This website uses cookies to improve your experience while you navigate through the website. Out of these, the cookies that are categorized as necessary are stored on your browser as they are essential for the working of basic functionalities of the website. We also use third-party cookies that help us analyze and understand how you use this website. These cookies will be stored in your browser only with your consent. You also have the option to opt-out of these cookies. But opting out of some of these cookies may affect your browsing experience.
Necessary Always Enabled

Performance cookies are used to understand and analyze the key performance indexes of the website which helps in delivering a better user experience for the visitors.

Analytical cookies are used to understand how visitors interact with the website. These cookies help provide information on metrics the number of visitors, bounce rate, traffic source, etc.

Advertisement cookies are used to provide visitors with relevant ads and marketing campaigns. These cookies track visitors across websites and collect information to provide customized ads.

Other uncategorized cookies are those that are being analyzed and have not been classified into a category as yet.

SAVE & ACCEPT
There is no selected car class in current office. Please choose another Class!
Select Vehicle